Some of the many benefits of Yoga Nidra:

Yoga Nidra Helps You To … 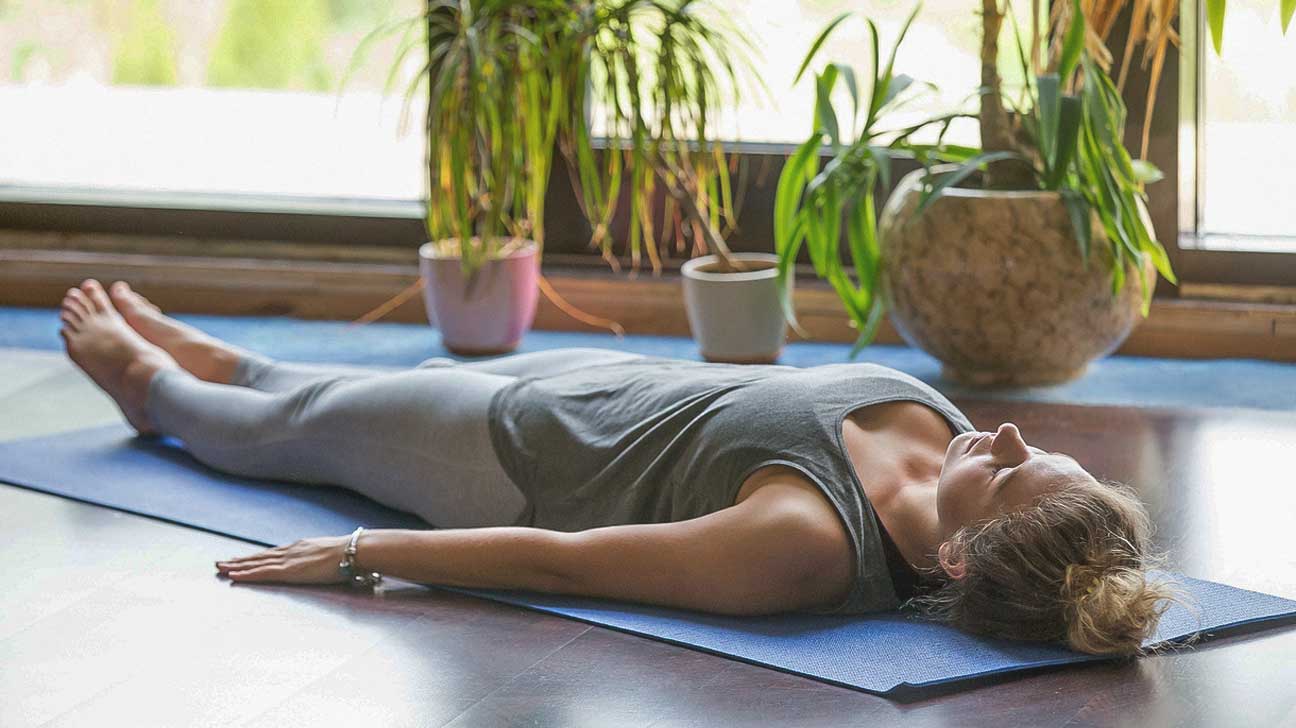 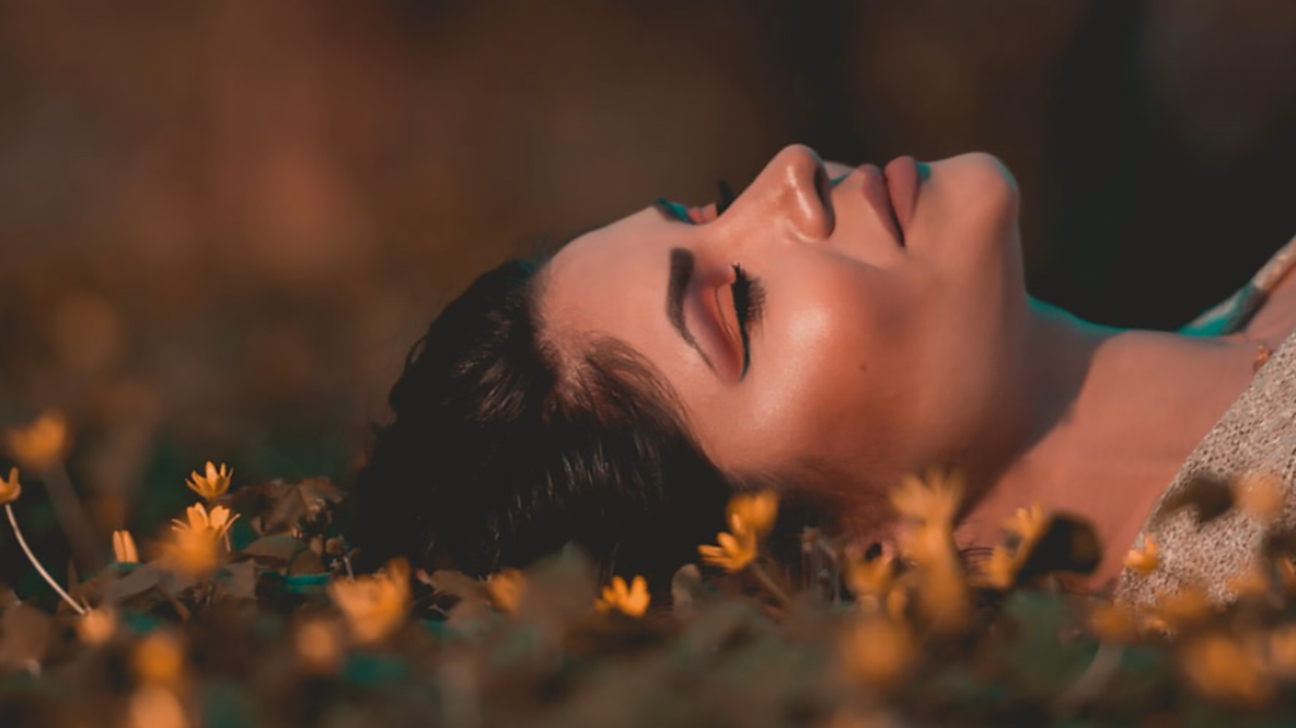 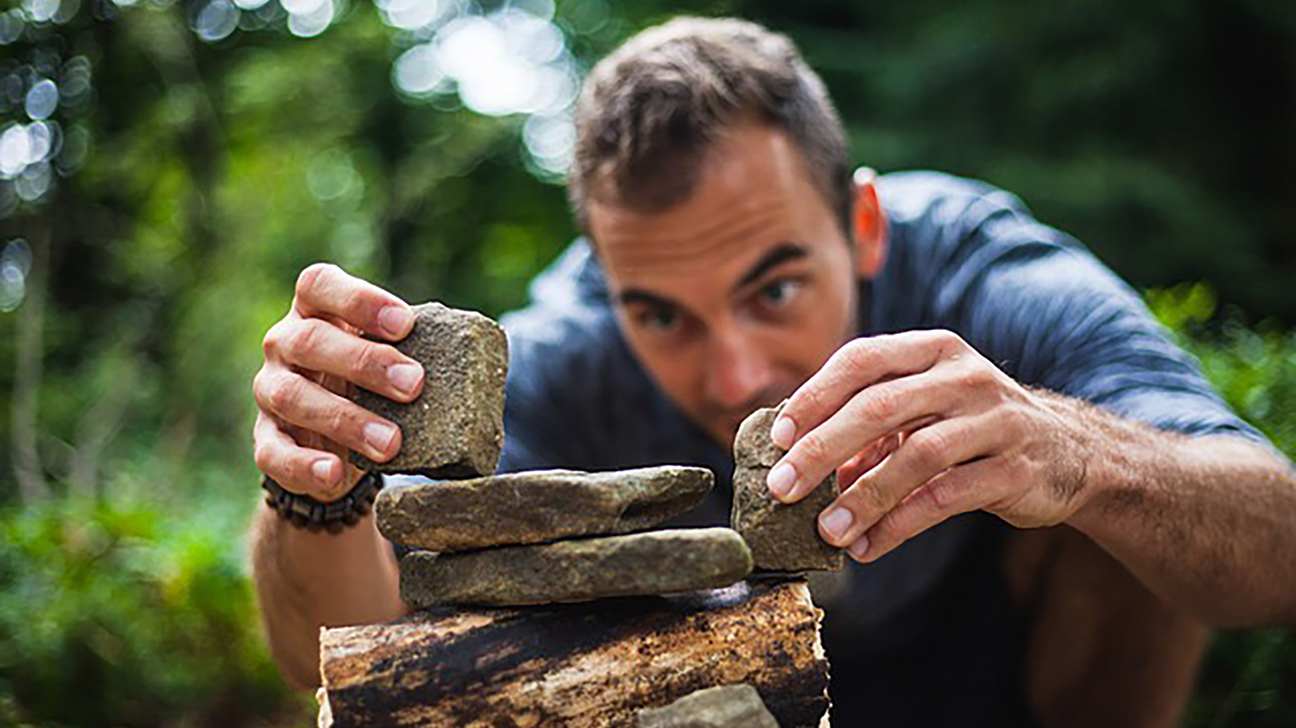 Yoga Nidra alters your brain chemistry to be more productive, focused, and creative. 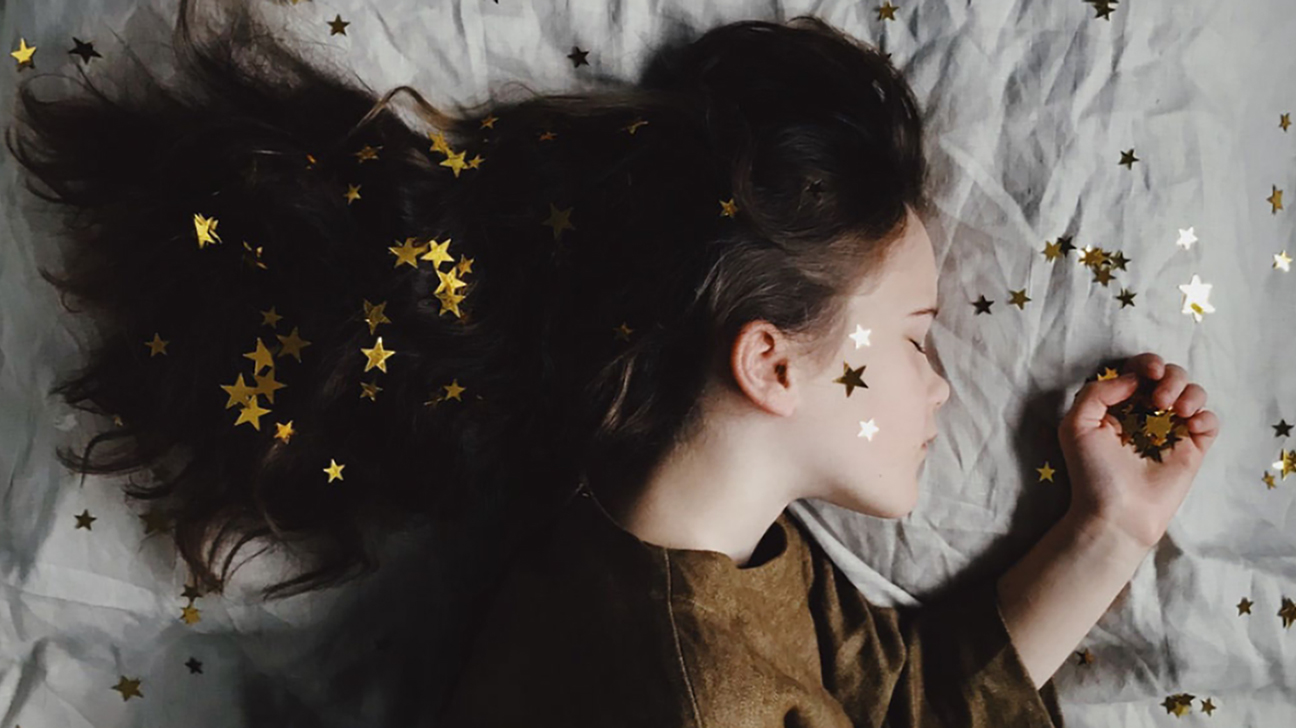 With Yoga Nidra, you can fall asleep faster and have a better, deeper, and more peaceful sleep.

With Yoga Nidra, you are just minutes away from experiencing deeper meditation.

Yoga Nidra is described as the art of non-doing as opposed to doing more. Just as relaxation happens when one stops struggling, the state of Yoga Nidra happens when one let go and stop trying to control thoughts and urges to do something, but not like any other meditation Yoga Nidra state is easy to achieve just follow the guidance and trust that you are safe is no complicated requirements.
Yoga Nidra is a state in which the body and the mind are completely relaxed, and the practitioner becomes systematically and more and more aware of the inner world by the verbal guidance of the yoga Nidra provider. This state of consciousness is different from most meditations, in which concentration on a single focus is required.
In Yoga Nidra, the practitioner remains in a state of light withdrawal of the 5 senses (pratyahara) and only hearing still connects to any instructions given without having physically get involved in the action.
With that said the goals of both yogic paths, yoga Nidra and meditation are a state of meditative consciousness called samadhi.
It is among the deepest possible states of relaxation while still maintaining full consciousness, that is what is achieved with yoga Nidra. In lucid dreaming, one is mainly, cognizant of the dream environment, and has little or no awareness of one’s actual environmental any given time throughout the practice, we can just fully be. 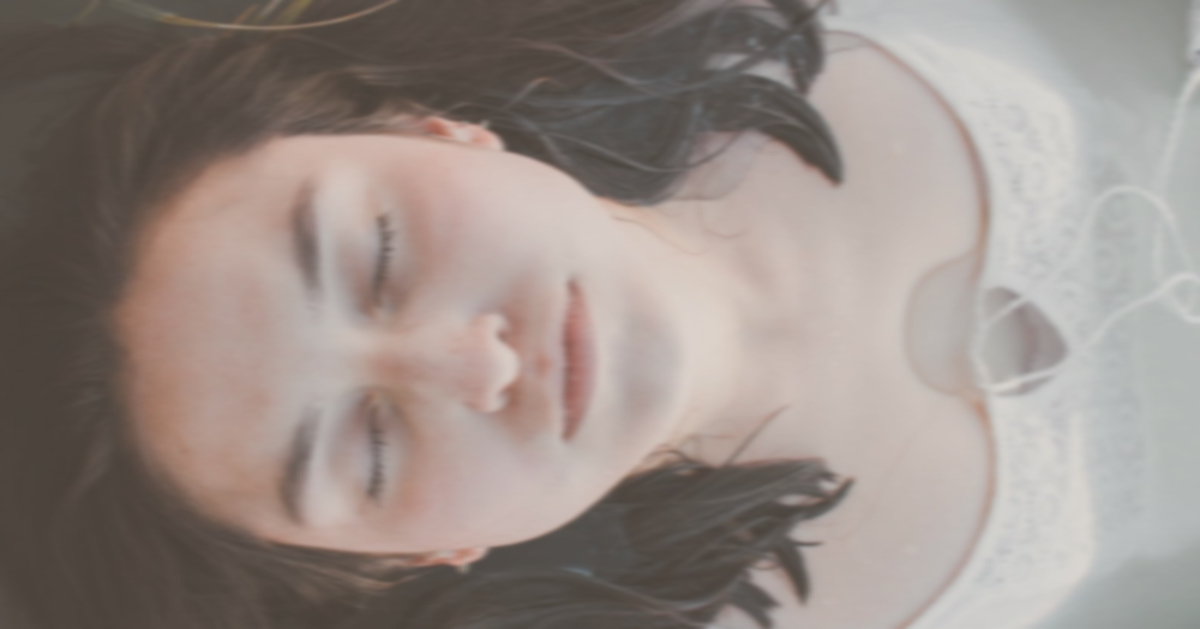 Yoga Nidra is virtually the secret portal to freedom, it’s been called yogic sleep. It works by taking us through different states of brainwaves very similar to those of sleep, in here our biology can easily disengage from our constant running thoughts. Accomplishing meditation happens when we achieve, disconnecting from our busy thoughts and become the silent observer.

For so many meditations is challenging, meditation becomes more about the effort of the technique, seating without moving, etc. and less about where meditation is to take us, a deeply relaxed state, to the field of all possibilities, where we reconnect with who we really are. 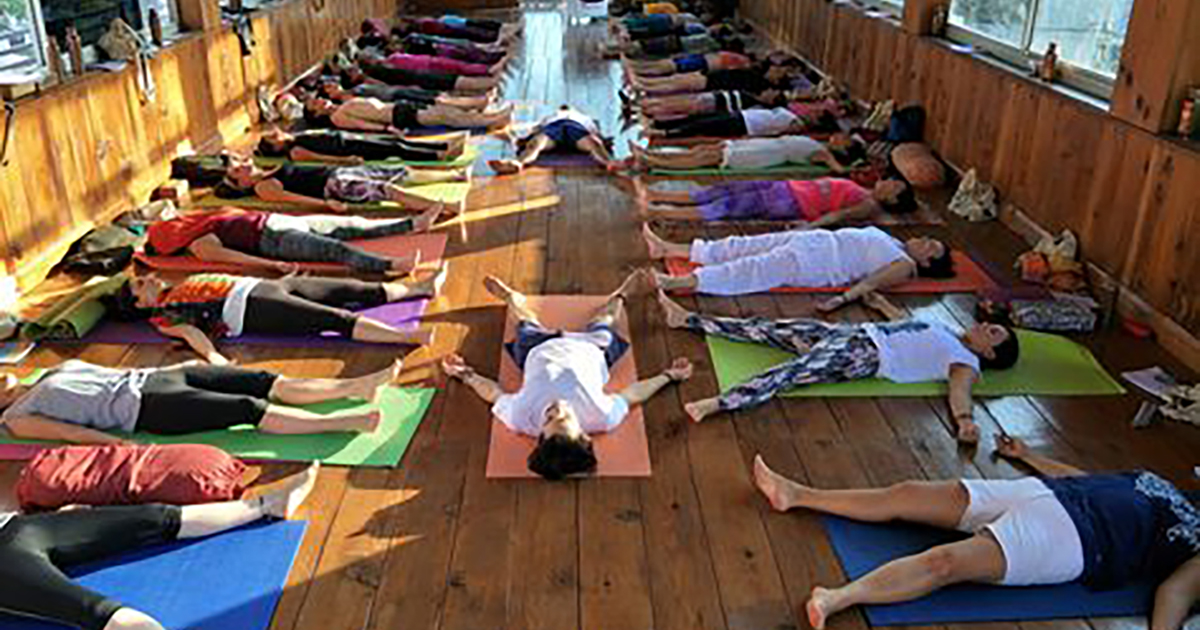 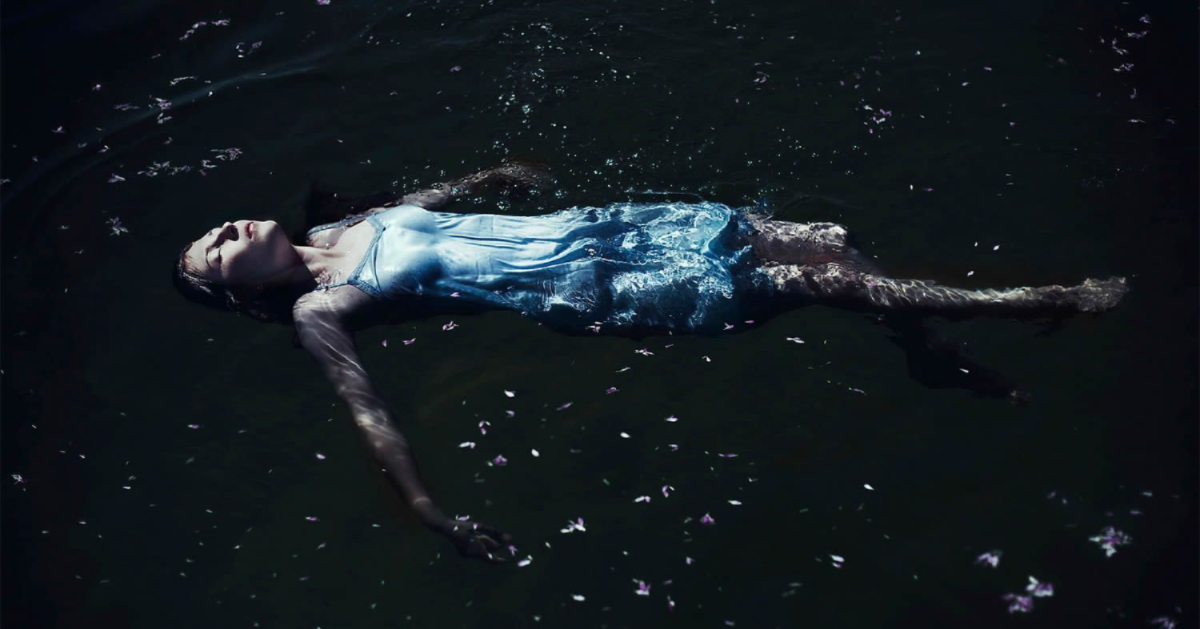 Yoga Nidra, or yogic sleep as it is commonly known, is an immensely powerful meditation technique, and one of the easiest yoga practices to develop and maintain. While the practitioner rests comfortably in savasana (corpse pose), this systematic meditation takes you through the Pancha Maya kosha (five layers of self), leaving you with a sense of wholeness.

The history of Yoga Nidra by Isabel Harkins 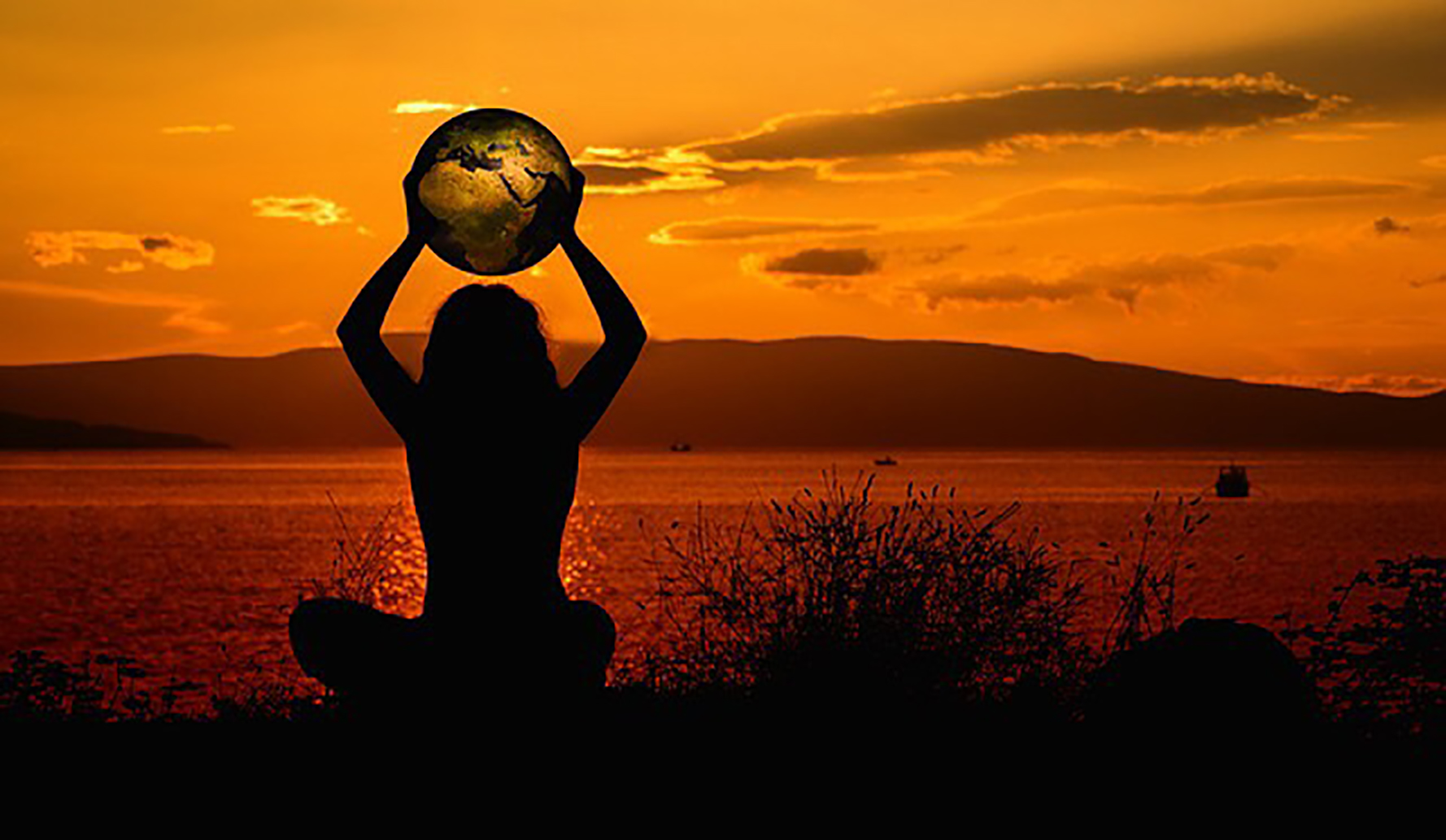 Yoga Nidra, or yogic sleep as it is commonly known, is an immensely powerful meditation technique, and one of the easiest yoga practices to develop and maintain. While the practitioner rests comfortably in savasana (corpse pose), this systematic meditation takes you through the Pancha Maya kosha (five layers of self), leaving you with a sense of wholeness.

Scientific evidence. Yoga Nidra meditation is associated with increased endogenous dopamine release in the ventral striatum of the brain. The reduced desire for action in the state is associated with the reduced flow of blood in parts of the brain connected with controlling actions, the prefrontal cortex, the cerebellum, and the subcortex.
Yoga Nidra improves heart rate variability, a measure of balance in the autonomic nervous system, whether or not it is preceded by a session of hatha yoga asanas.

It is a proven fact that consciousness is continuous. It is no period of sleep with zero brain activity that is considered. Our sleep consists of many different states of activity, proven by EEG observation. Including fast brainwaves can be detected in the hippocampus in deep sleep.

Sleep research has been an endless source of interest for scientists for centuries. They believe that specialized cells in the hypothalamus and brain stem cause the brain to transition towards Slow Wave Sleep.

Brain scans have proven higher brain activity in visual and auditory regions correlate with hallucinations. Higher brain activity as the hypothalamus and brain stem slows down, may explain the paradoxical states during the earliest stages of Yoga Nidra is many studies being done on the subject still.

The regular practice of yoga relaxation has been found to reduce tension and anxiety.

As a Yoga Nidra practitioner, I will be directing your conscious attention to the autonomous functions of the body, by that I mean your breathing, heart rate, and tactile sensations the awareness of parts of your body. I will guide you to find the perfect balance between drowsiness and alertness- in an enjoyable gentle way with patience and kindness, you just trust and relax as you go.

There are 5 types of brainwaves: gamma, beta, alpha, theta, and delta. .Yoga Nidra involves being conscious during the most restorative and deepest states conceivable.

Alpha waves are present during deep relaxation and are a bridge towards the theta wave states. (8-12 Hz)

Ready to Go Even Deeper?!

This Collection of Yoga Nidra meditations is a package of 10 guided meditation videos created to effortlessly guide you into deep meditation.
Created by Isabel Harkins and I-RAMA they are based on the foundation of ancient yogic principles of self-transformation. these videos offer an inner technology that helps humans evolve towards their highest potential.
The beauty of Yoga Nidra is that you can use these tracks to match your mood and balance the various needs of each day. It is designed to fit your schedule, no matter how busy you are.
Whether you want to unwind from a long day, balance your chakras, access inner guidance, make better decisions, be more productive at work, or reflect on the spiritual side of life Yoga Nidra has it all.
Yoga Nidra is like pressing a magic button inside your brain that instantly gives you relaxation, clarity and inner peace.
Try to imagine the kind of impact this would have on your life?
From improved relationships, better health, greater abundance, a more positive outlook on life, contributing more meaningfully to your community, greater efficiency in your work and even having more fun, Yoga Nidra can help you achieve all this and more! 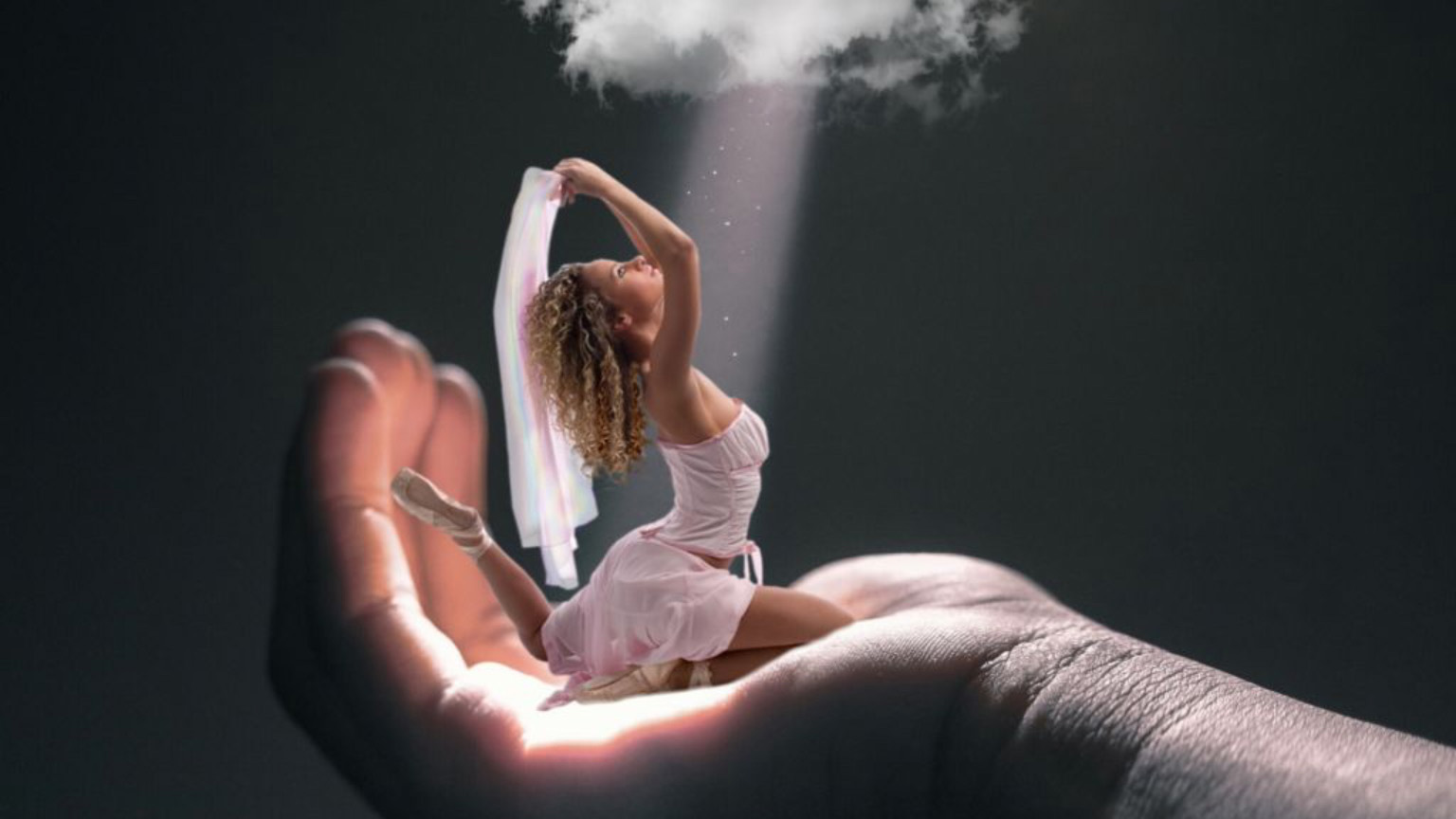 Great for thorough body rejuvenation and mental clearing. This Yoga Nidra is energy-based and helps you via prana from the thinking mind to return to a rejuvenated state of being. A great way to free trapped energies and optimize the flow and release of healing energy in the body. 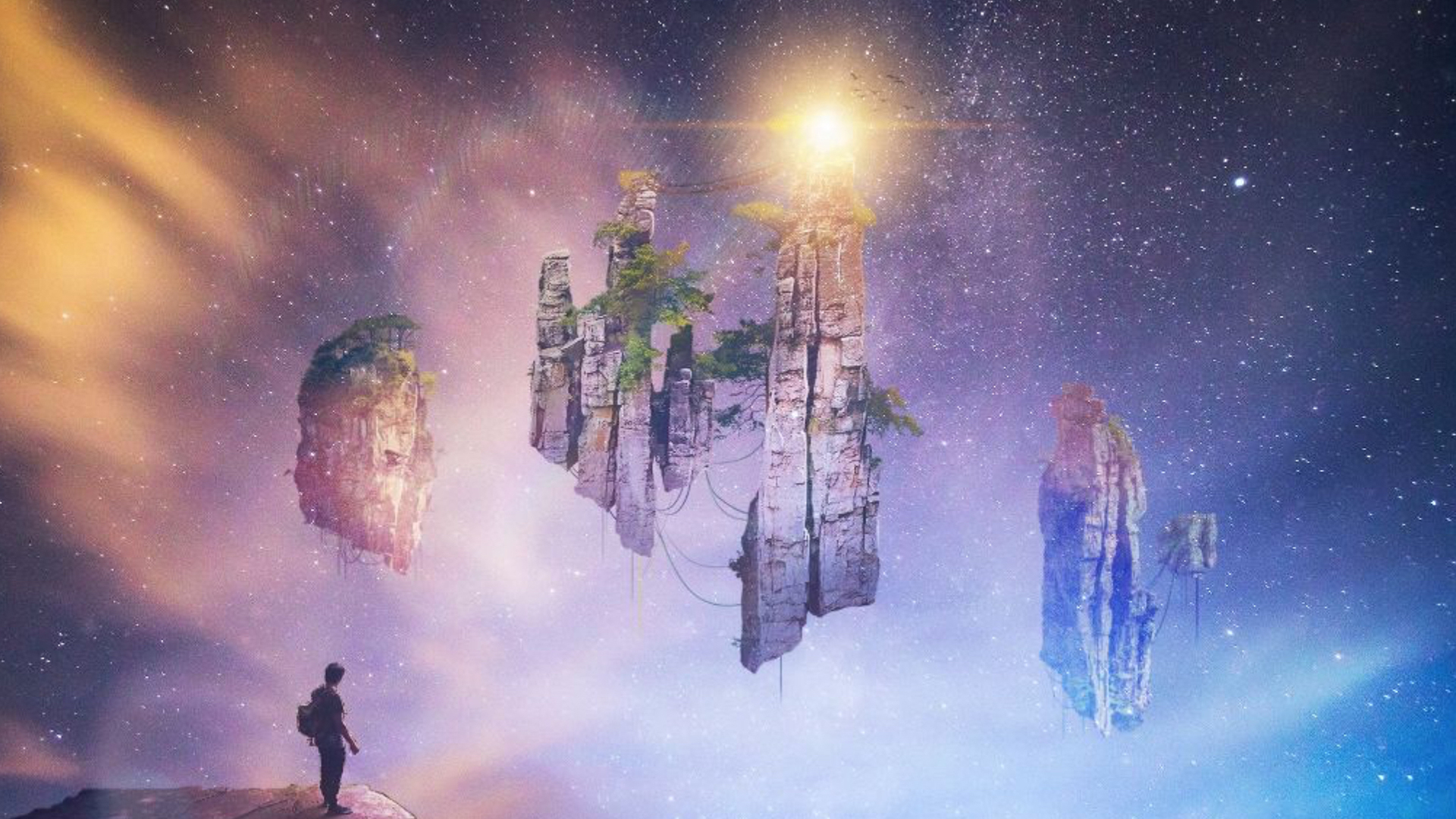 Yoga Nidra connecting to my source

This Yoga Nidra is a highly effective method of sourcing the untold power within you. Helps in experiencing the truest form of yourself. More importantly, this Yoga Nidra is about connecting to source and therefore your ultimate power. 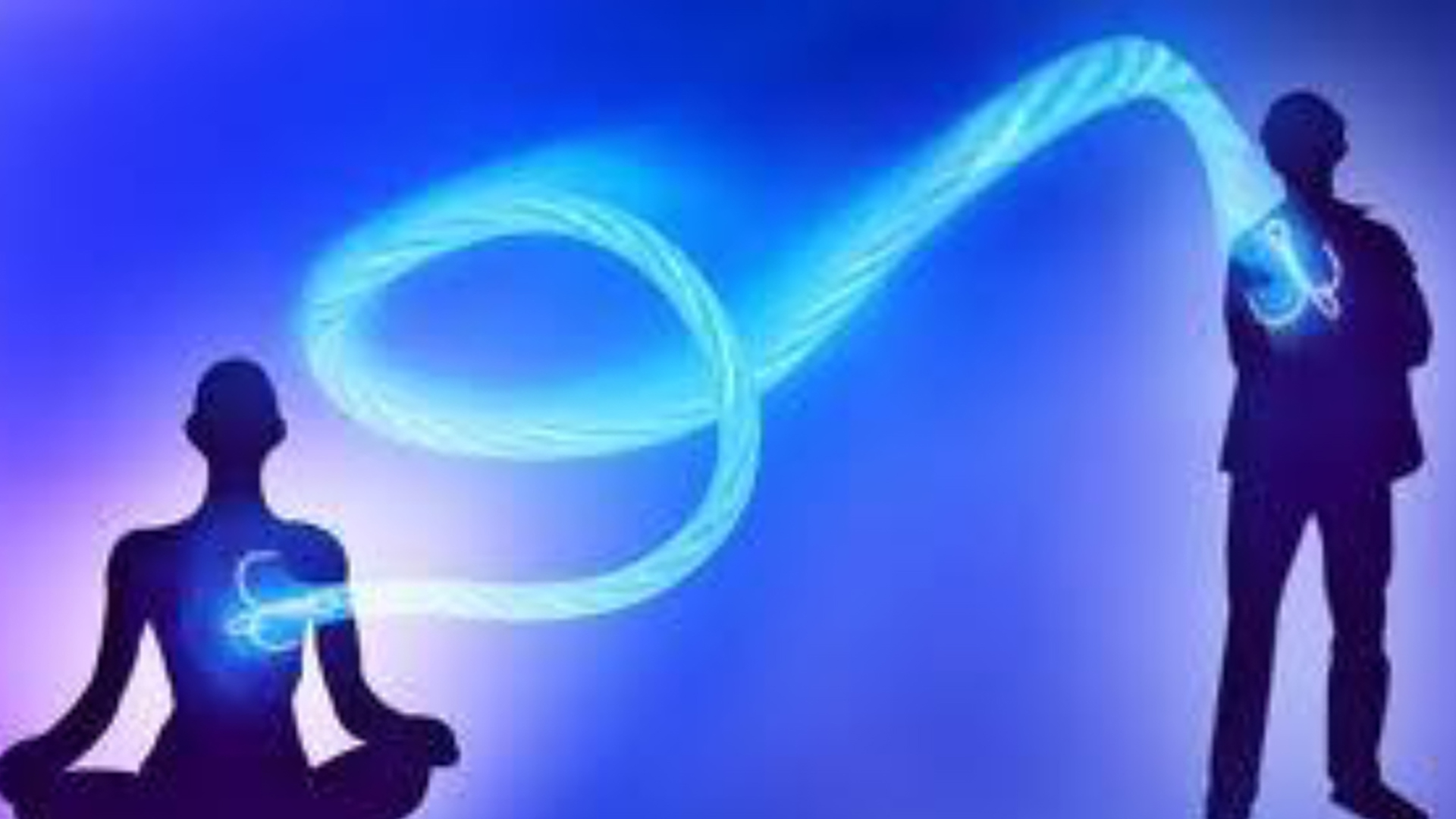 Relax, rejuvenate, and reconnect with your source. During this Yoga Nidra guided meditation you will experience a deeply relaxed body. Integrating the whole self and the joy that is known through reconnecting the fragmented parts. This is an effective and powerful practice that has been found to produce profound healing and stress reduction. 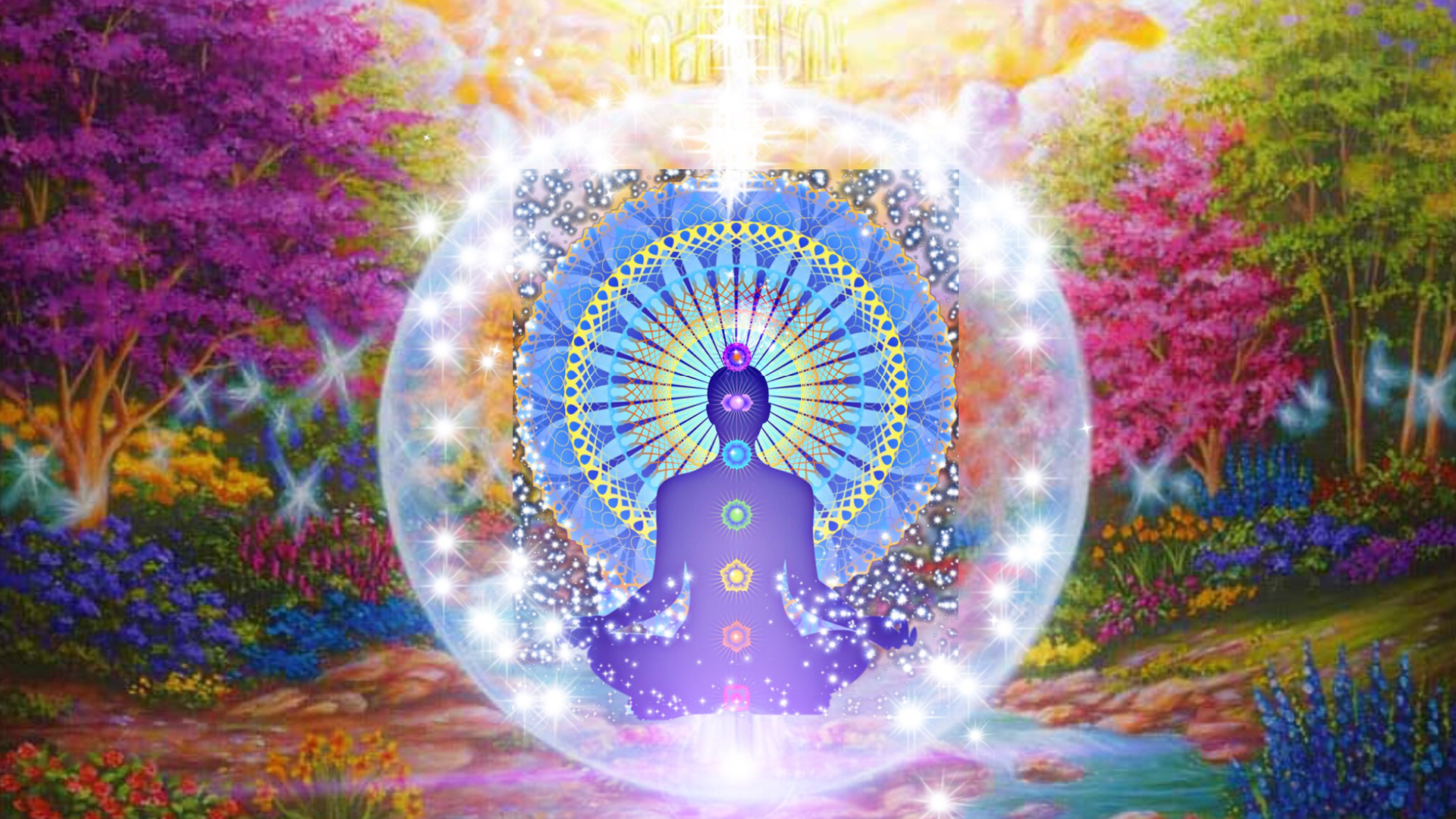 Yoga Nidra journey through the Chakras

This chakra healing meditation will help you bring your entire energy system into a state of balance and peace. We will reconnect with the deepest energy of the chakras to balance them and restore and stream the divine gifts that belong to us. The mind, body and energy fields will be aligned and restored with this meditation journey. Namaste 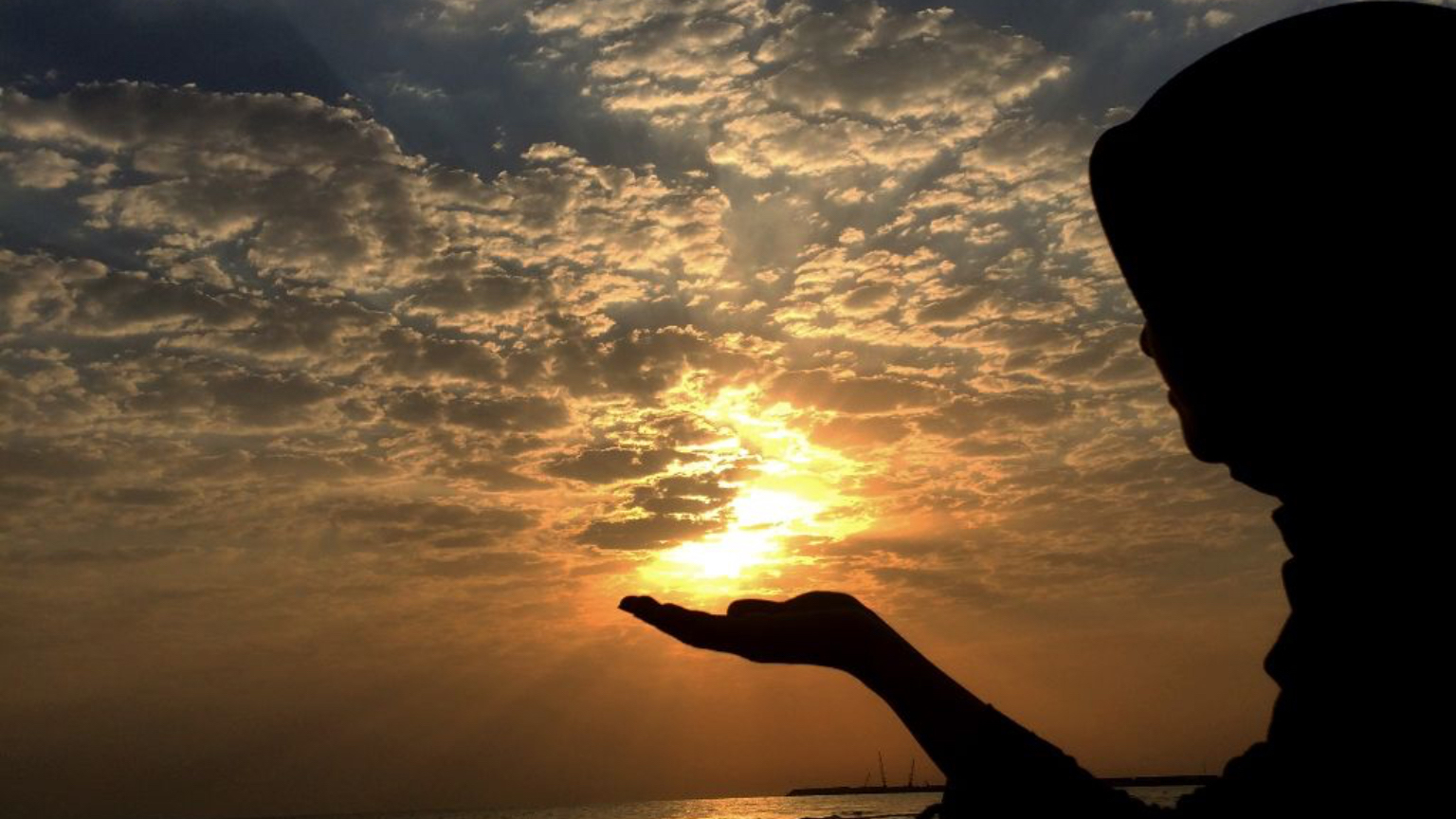 An introduction to Yoga Nidra meditation

Yoga Nidra is Sanskrit for Yogic Sleep is an effective technique for relaxation. Yoga Nidra is both the name of a state of being and of the practice. It creates an elevated state of consciousness that allows the practitioner to relax and heal their being. You will expand your imagination and enter the realm of subconscious & superconscious. Yoga Nedra enables you to effectively manifest magical changes in your life. 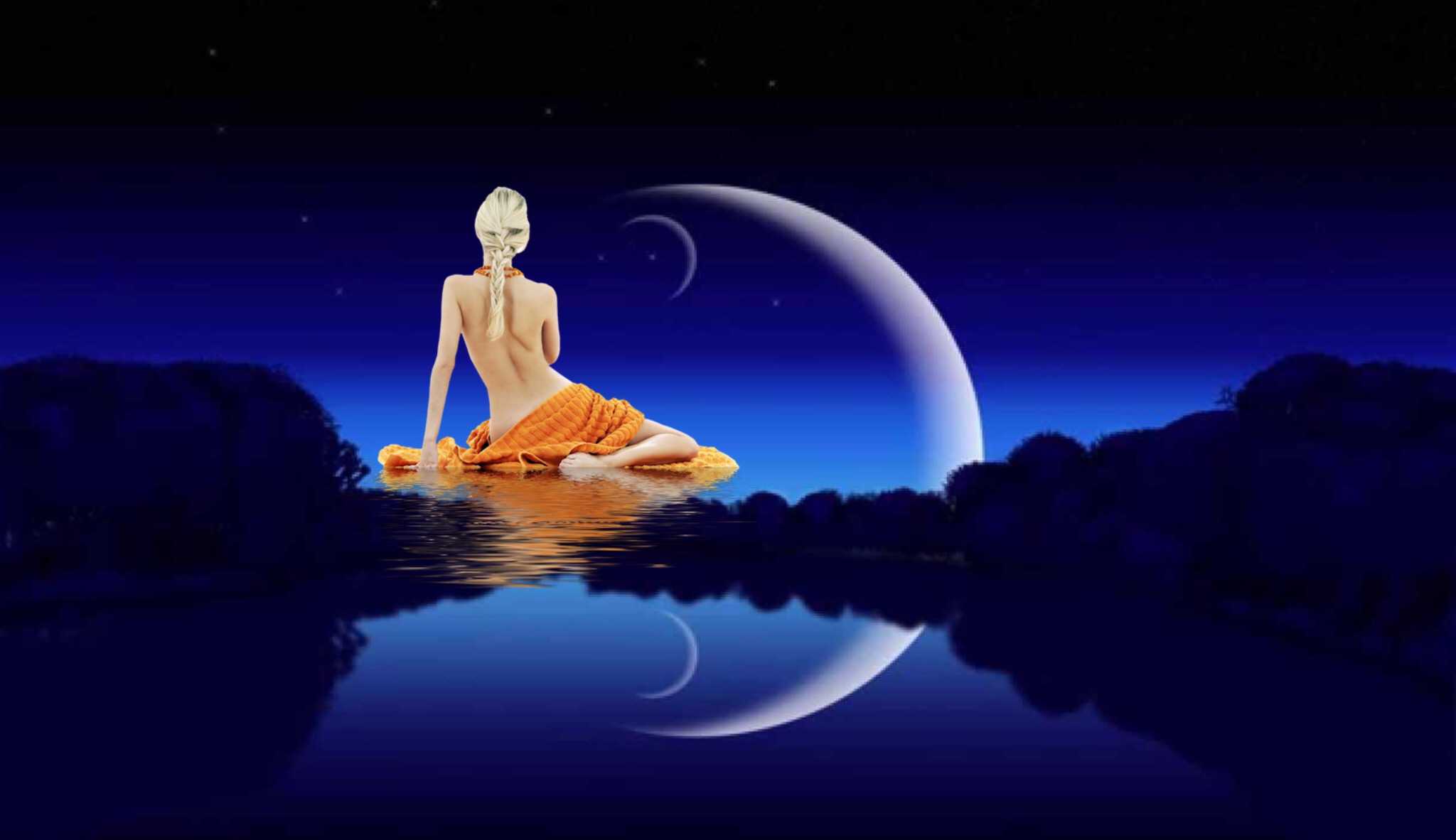 This meditation helps welcome every experience as a messenger and focus your attention on your senses. By setting your intention you will allow your heart’s deepest desire to arise within and enabling your inner resource to emerge. 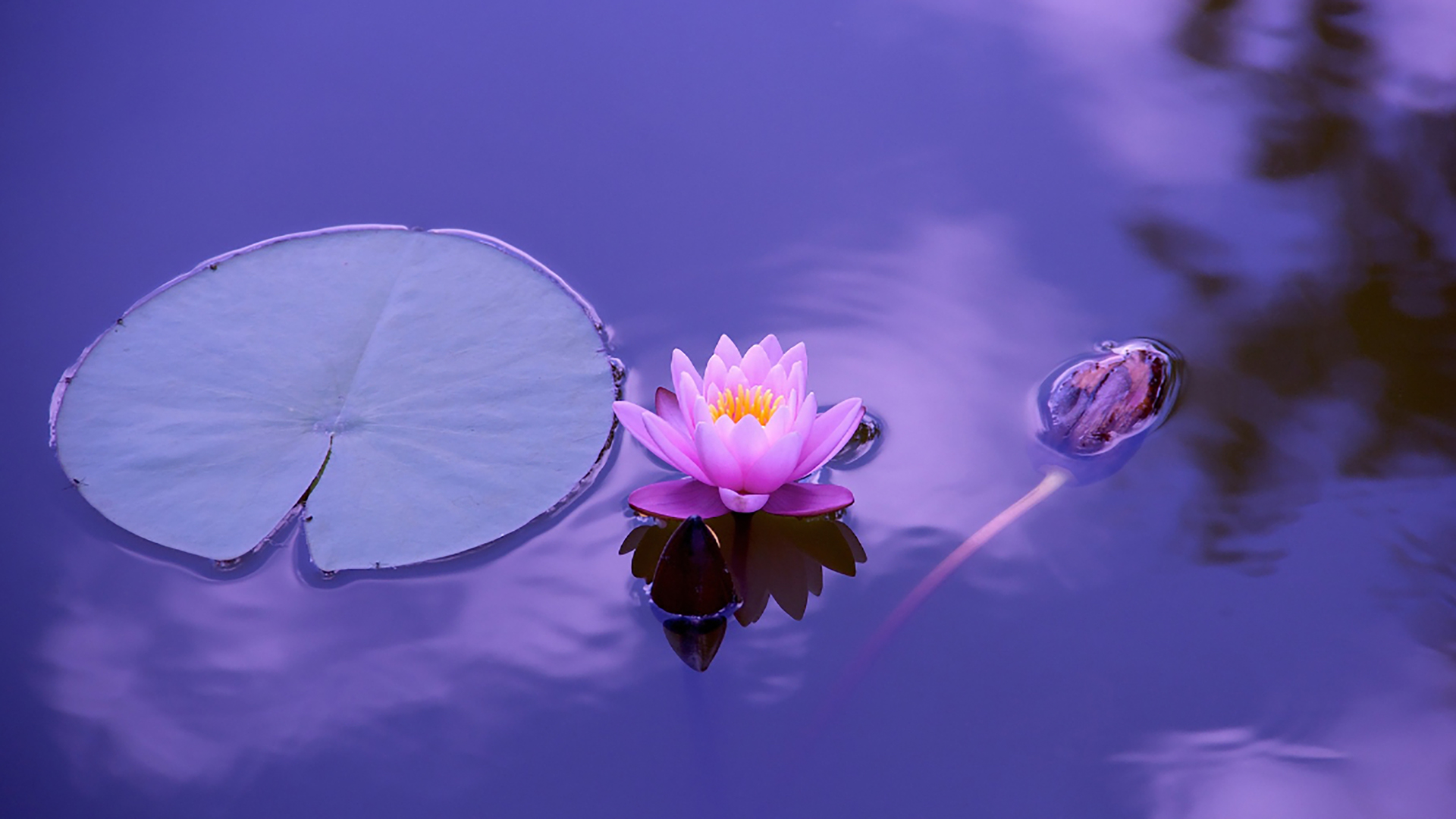 With this Yoga Nidra Guided Meditation, you will quickly find relief from stress, nervous tension, and anxiety. You will experience a progressively deeper state of absolute physical and mental relaxation as you become aware of how we hold on to nervous tension within your body. Enabling you to feel a deep revitalized inner peace, tranquility and serenity. 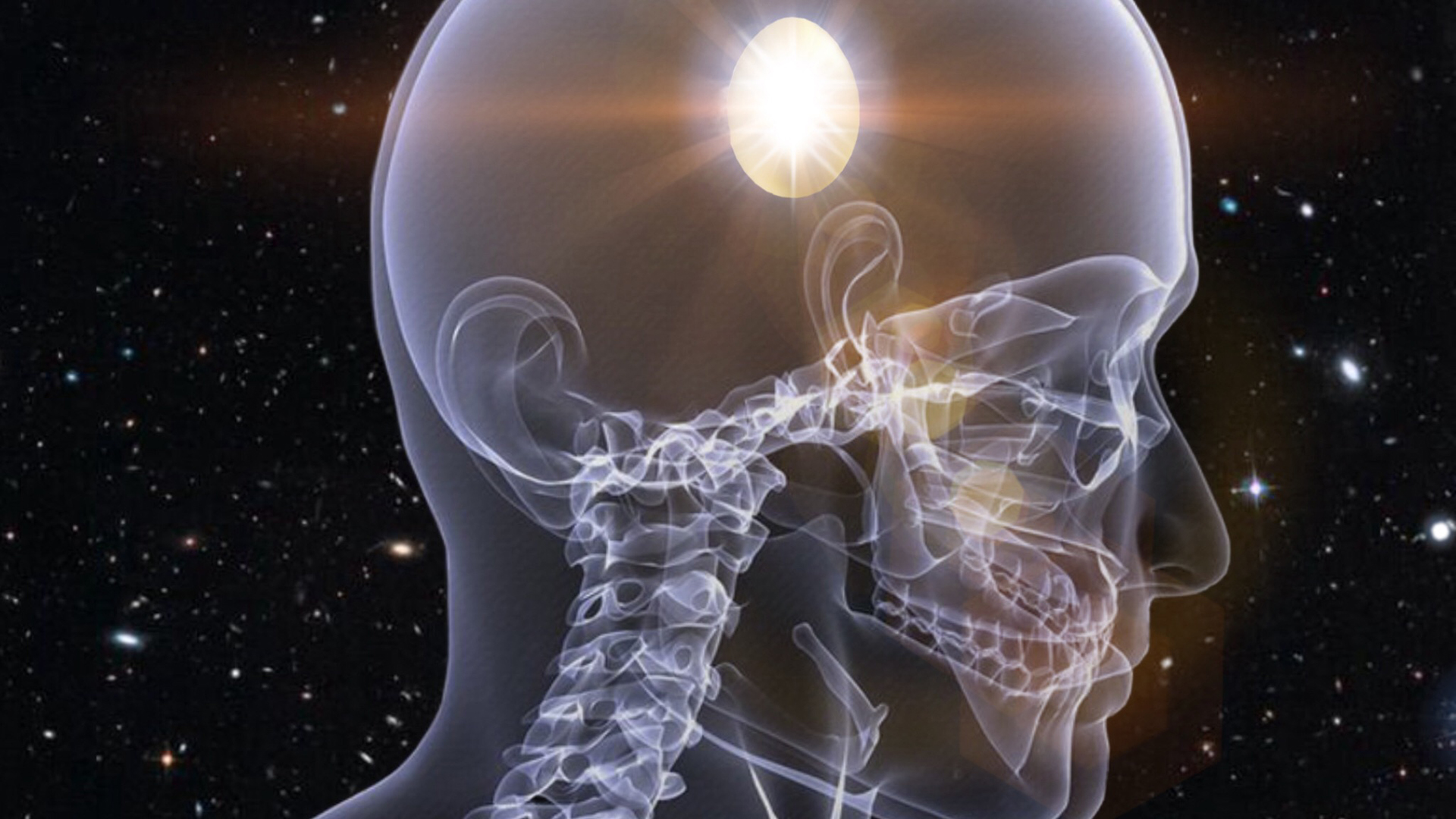 This Yoga Nidra guided meditation help to enable us to enter into another state. As you focus on each body part, you will release tension and the Subtle body will emerge like layers of light.  You will visualize what you deeply want to create and manifest in our life. An inner peacefulness will penetrate your body.  The entire body moves into a deep state of relaxation. The ego is dropped and consciousness is fully present. 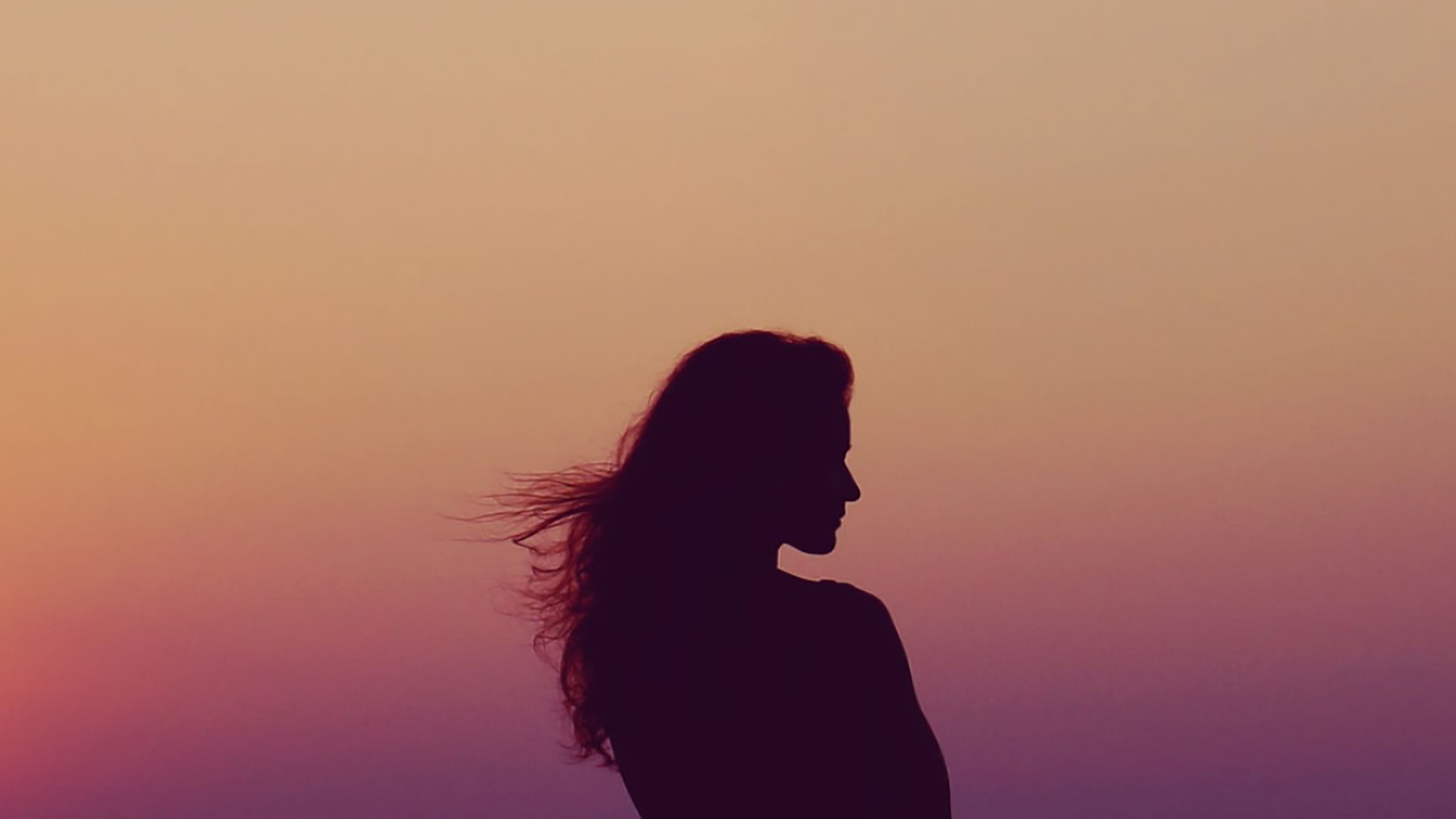 Morning Meditation for Productivity and Success

Welcome to I-RAMA Yoga Nidra. This particular meditation is designed to set you in the morning to start your day, with clarity, focus, and full confidence. 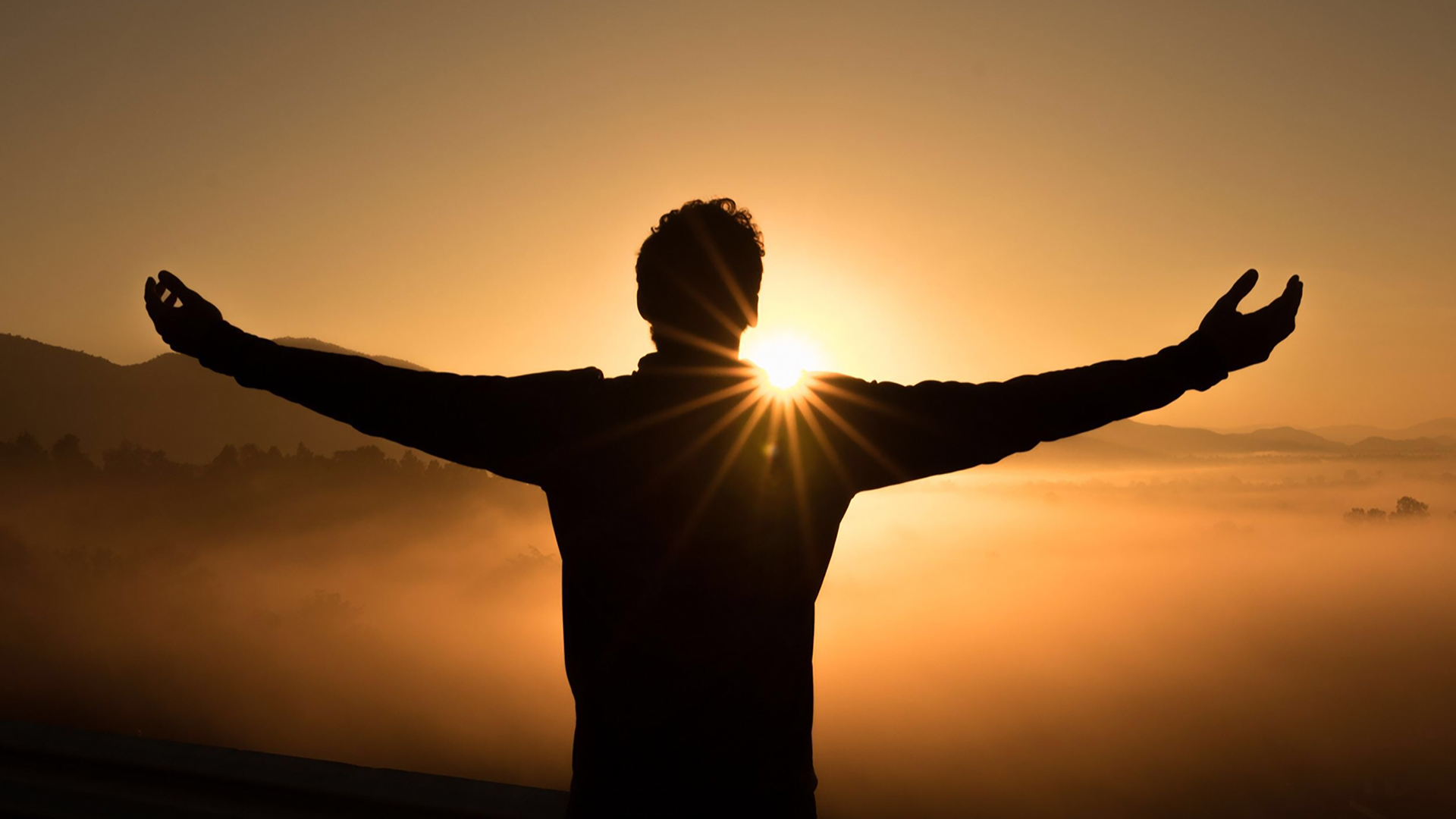 This particular yoga Nidra is a certain way to activate your inner healing power and connect you with the field where you can certainly manifest your deepest desires. I-RAMA.com

Isabel has a true gift of being able to reach me where many teachers cannot. Your voice and the inner path you weave can help me get to a release point where I feel the restful effects slowly take the place of untidy thoughts. Many thanks.

Have just signed up, excited to try this out.

I am finally able to sleep through the night and more than once I woke up and felt not tired and groggy. I have recommended it to a co-worker and she said it worked for her as well (after months of only getting a minimal amount of sleep due to major stress).

This is an amazing session. It transports me into the deep layers of my being and simultaneously expands me outward. Difficult to describe exactly. Thank you for this lovely experience.

Thank you so much for this meditation. It has been a great help for my sleep and relaxation. Can’t thank you enough for making it available.