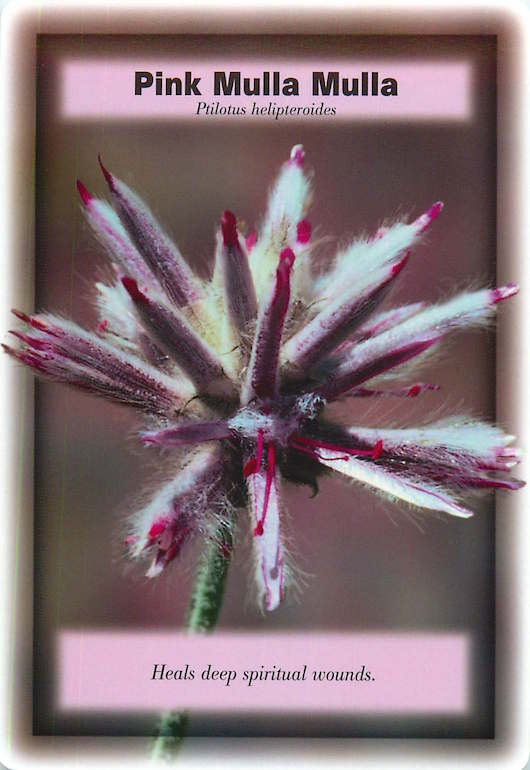 This annual is found in the stony country of the outback and has a striking, pinky-purple conical flower head. The Pink Mulla Mulla is for those who have suffered a deep spiritual wound long ago, often in their first incarnation, where they felt abandoned by Spirit which has led to a deep scar on the soul and psyche. It works on the outer causal bodies clearing sabotage (and fear of spiritual abandonment once more) that is stopping their spiritual growth. On an emotional level, Pink Mulla Mulla is for those who put out prickles to keep people away. They tend to be quite isolated and unable to resolve a hurt, wrong or injustice which can be felt very deeply. This impinges on their attitude to those around them and can make them suspicious of people’s motives, allowing them no rest. They are often on guard against people hurting them again, they may protect themselves by saying hurtful things to others. What they say to those around them does not always reflect how they really feel. It is merely a way of keeping people at a safe distance.