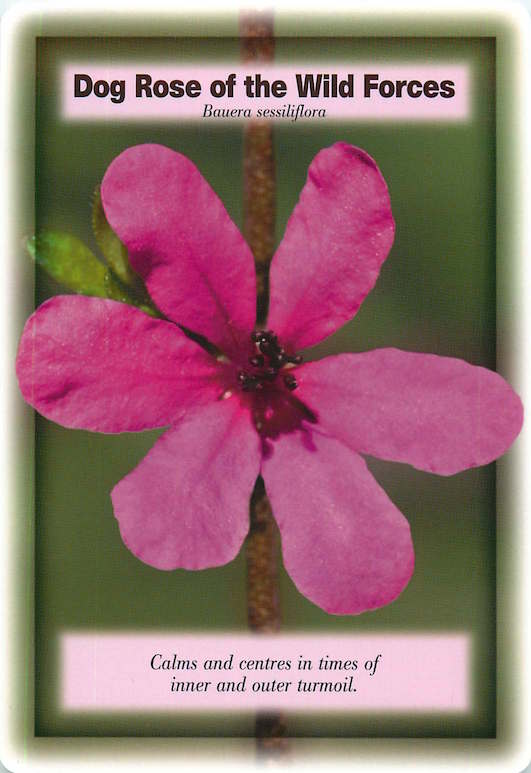 Dog Rose of the Wild Forces

Found only in Victoria, this Essence was made up from a plant quivering and leaning over the surging white water just below Mackenzie Falls, in Gariwerd, (previously known as The Grampians). This plant is commonly found growing close to the water and, like Dog Rose, it deals with fear. It is taken when a person has a fear of losing control, when the emotions they are feeling within themselves or immediately around them are just so intense there is a sense of losing total control. On a higher level, it helps to teach the necessity of gaining control over the emotions so that emotional intensity will not distort one’s natural energies.

• fear of losing control
• hysteria
• pain with no apparent cause